I was a civil servant (tax professional) for nearly 27 years, with roles including Director of Corporation Tax, International and Anti-Avoidance in HMRC and Head of Corporate Tax in HM Treasury. Most recently, I was HMRC Director of Large Business, before leaving the civil service in March 2016 to pursue wider interests and to be free to comment.

I am a Governor at University of Hertfordshire, and prior to my civil service career was an academic in Linguistics at SOAS, University of London.

I am also an amateur pianist. You can hear me play Janáček on Radio 3 – James Rhodes’ Saturday Classics, 20 August 2016 – here. I’ve also uploaded a micro-recital on the blog, and as a YouTube playlist. 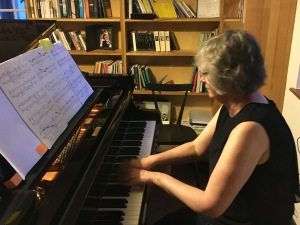 Can Brexit be used as the focus for a wider debate on tax policy? (CoVi Responsible Tax Lab, February 2018)

What might we expect for business taxes in the Autumn Budget? (LSE British Politics and Policy blog, November 2017)

From my previous life as a linguist:

Phonological change and inflectional morphology: a case from the Low German and Dutch dialects (Transactions of the Philological Society, vol.84 /1, 1986)  [peer-reviewed journal]

The causative-passive correlation (1988, included in Subject, Voice and Ergativity, ed. Bennett, Bynon and Hewitt, 1995 – along with translations from Russian of 2 articles)

Unpublished PhD thesis: A study of analogical change: vowel alternation in the verb in the Low German and Dutch dialects (1985, University of London, SOAS, Dept of Linguistics)

[of interest mainly as a relic of early PC technology: printed in high-quality dot-matrix font on fine-perforation paper, with isogloss maps in manuscript (late 20th-century felt-tip pen on photocopy)]